using of travel demand management (TDM) policies is known as the most effective solution to reduce the negative effects of traffic congestion. One of these policies, which has successful executive records in some cities, is the cordon pricing which means considering a hypothetical belt around the congested cordon of a city and receiving toll from people who want to enter in the cordon by car.   The purpose of this study is evaluation of cordon pricing policies alternatives of the central cordon of Isfahan. Two databases, which were results of interviews with citizens in 2015 and 2013, have been used in this research. These interviews have been done by using questionnaires and stated preference (SP) approach. Car users have answered questions how they react to the cordon pricing policy in these questionnaires. The modeling of mode choice of citizens for execution of cordon pricing policies has been done by using the method based on combining the stated preference (SP) and revealed preference (RP) data. People who withdraw from traveling by car have been divided into other modes by considering the current transportation modes facilities in each zone and the results obtained from citizens reactions in interviews. In this research, the best cordon among four candidates for cordon pricing policy in Isfahan is chosen. To choose a better cordon, after assignment operation, travel time, air pollution and income indexes are evaluated in two scenarios. The cordon number two was chosen the best cordon in the both scenarios with and without considering the income, however, the difference between this cordon and cordon number four (the biggest cordon) was slight in the latter scenario. This slight difference shows the high sensitivity of choosing cordon to the price. One of the results of this part is the direct relationship between income and air pollution indexes with cordon extent, however, it is not the case for travel time index. The premier cordon includes traffic areas number 1 to 12 and 28 to 35. The borders of cordon include Kamal Esmail, Chahar bagh khajoo, Neshat, Hatef, Abdolrazagh. Masjed Seyed, Ayat Allah Kashani, Shahid Doctor Beheshti and Shahid Motahari streets. In this study, the concept of equality of social costs created by each car with the price paid by each car has been used to determine the price and the intersection of demand and marginal costs were obtained. The demand graph has been drawn for the total cars which inter the cordon in different prices. The marginal cost graph was obtain and drawn by derivation of the total cost function. By drawing the marginal cost and demand graphs the price for one peak hour is obtained 51770 Rials. The execution of cordon pricing policy for the chosen cordon causes 21 percent and 2 percent decrease in air pollution costs within the cordon and the entire city, respectively. It also causes 3.4 percent and 2.9 percent decrease in travel time costs within the cordon and the entire city. 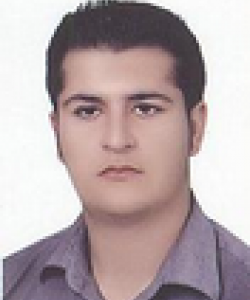 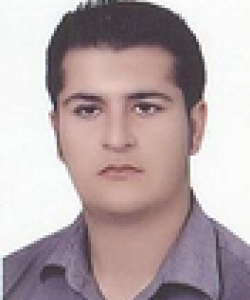